Since its establishment in 1975, LOJIT has contributed to the development of Korean chemical industry as a leading supplier of basic chemical products. LOJIT has now expanded its business line to include building materials, suppliers. In 1995, the company was listed on KOSDAQ, the Korean stock market. LOJIT has also been the leading no-debt operation since 1999. In July 2000, after the company was renamed as LOJIT Corporation, LOJIT announced its plan to be a global player in keeping step with the new economic order of the 21st century. Aiming to become the 1st class company in this field, LOJIT carried out extensive innovation on its human resources and training systems, and successfully integrated information system to lay a foundation for ERP, Group Ware and e-Biz. LOJIT will continue to expand its business horizon including IT and other areas with high growth potential. We look forward to continued support and cooperation from our shareholders and customers. Thank you. 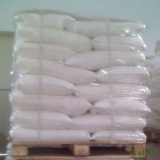